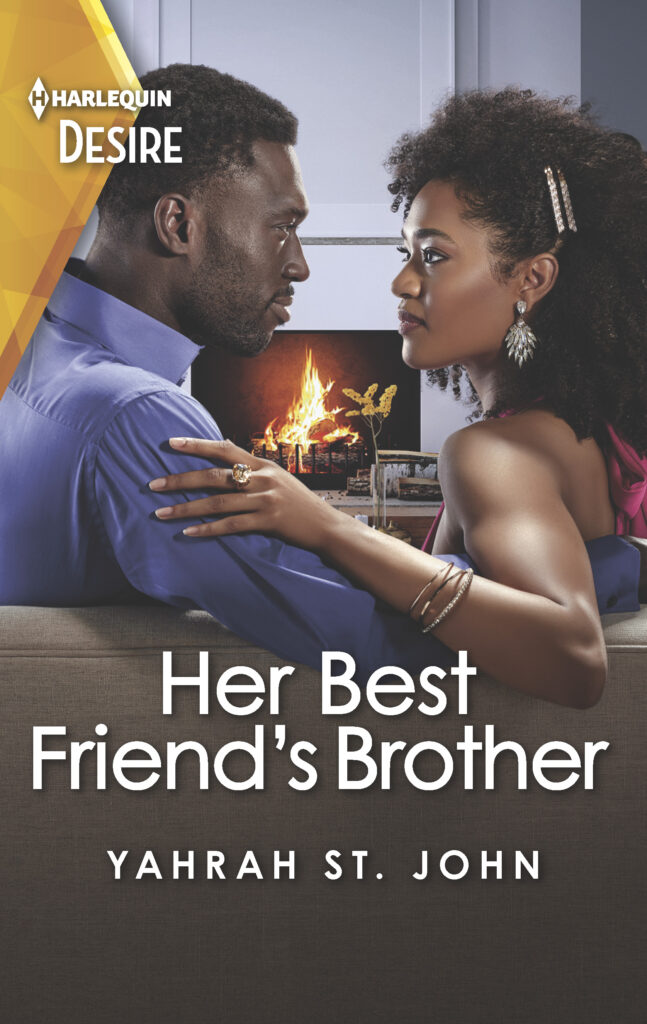 After confessing her unrequited feelings for rancher Jonathan Lattimore in an accidental livestream, Natalie Hastings makes a hasty retreat from the gossips of Royal, Texas. But when the object of her affection checks in to her resort, there’s nowhere to hide. Turns out, Jonathan is ready to reciprocate her feelings…at least for the week. With the fire still burning even after they return home, can Natalie make Jonathan see her as more than a vacation fling?

Riley didn’t know why he said it. He could have let Wynter leave his office and she would have been none the wiser to how he felt, but he couldn’t. He’d seen the disappointment in her eyes when he told her he couldn’t be her attorney. But was there more? He sensed there might be, so he was honest and told her he wanted to see her again.
And now, he caught the look of heat in her brown eyes,because she was looking at his mouth like she wanted what he wanted, which was to taste her.
Getting involved with Wynter could be a mistake, he told himself. His sister was dead set against this, but Riley didn’t care. Wynter’s scent was filling his head, and she was leaning closer to him. Unable to stop himself, he fused his mouth with hers.
The kiss was soft and tender at first as he acquainted himself with her mouth. Her lips were soft and pillowy, and she tasted sweet, like warm honey. The encounter took a turn when she pressed her full, round breasts against his chest. When he felt Wynter’s hand slide up over the muscles of his back, he framed her face with his hands and deepened the kiss, wanting more.
And she gave it to him, parting her lips to let his tongue slide between them. His hand curved around her waist, pulling her closer. His body erupted. He felt hot and hard, as if he were forged from fire—all because of this woman. A woman he shouldn’t want but couldn’t deny he did. She moved against him so that the hard ridge of his erection was pressing against her lower half.
She felt so good. He ran his hands down the contours of her body, and his fingers itched to explore the rest of her.
“Riley…” she whispered, and it was enough to drag his mind back to the present situation.
Had he lost his mind? He was at work!
He stepped away from her so fast, he felt light-headed with desire. His body was protesting at the speed with which he moved, but all he could do was stare back into her wide and desire-glazed eyes. She touched her swollen lips. “I—I don’t know how that happened.”
It happened because they were both attracted to each other, and now Riley knew it wasn’t one-sided. Wynter wanted him, too. “And yet it did.”
Wynter smoothed down the hem of her skirt, which somehow had risen to her thighs during their encounter. Had he done that? He saw a hint of caramel skin as she quickly righted it. “I should go. You’ll send me the name of that attorney?”
He nodded, and she was nearly at the door when Riley rushed over. “We should meet again.”
She glanced behind her. “Do you really think that’s wise?”
Hell yeah, he did. There was no way they could refute the sexual attraction between them, so why try and suppress it? “I do. Meet me for dinner. Tonight.”
Wynter whirled around at the demanding tone of his words.
He added, “Please. I want to see you again. Please—say yes.”
Wynter looked down, and Riley thought she was going to deny him, but then she said, “Yes.”
“I’ll pick you up around seven. That sound good?”
She nodded and then quickly slipped around him and out the door. Riley took a breath and leaned against the glass door. He wouldn’t be able to keep his promise to Shay to stay away from Wynter, even though she was forbidden fruit. When he tasted her, he’d lost control to the point where he’d forgotten common sense. They were in his place of work, yet he’d wanted to take Wynter up against the desk and bury himself deep inside her.
Riley scrubbed his face with his hands. He had to get a grip. Once they consummated their relationship, he would be able to ease the ache he felt. Only then could life go back to normal.